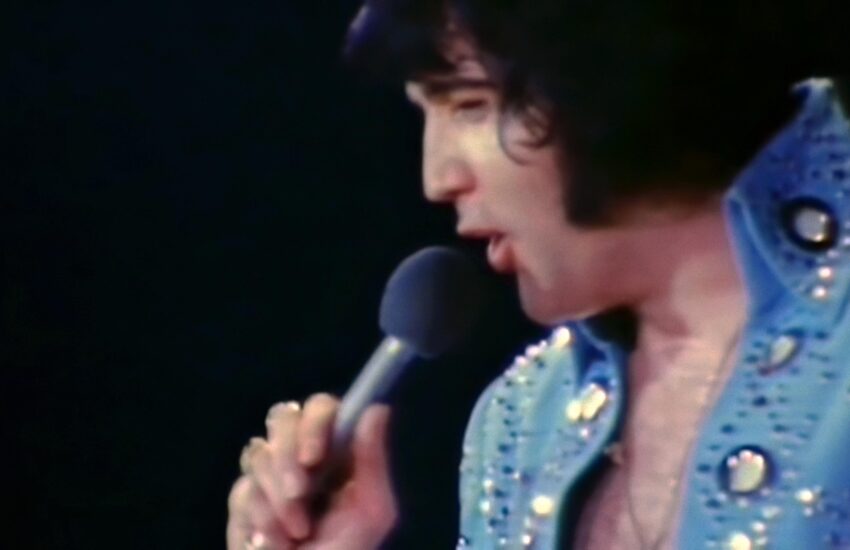 Sorry to those who don’t like Elvis, but it’s time for another Elvis Presley video restoration. In the last month or so, I have tried to dive into Elvis bootleg world. But it’s not easy, and plenty of money is involved. I also learned that many of the Elvis websites seem to openly promote bootlegs. It’s kinda hazy to see what is official and what not. First I thought the Sold Out! series was some sort of official series (or with some sort of official blessing given)

I feel bad for the regular bootleg loving Elvis fans who shovel the money to highly priced bootleg releases that are pretty poorly done. What I was most surprised that there is no Elvis Presley “database” for bootleg releases (ratings, comparison or anything else). There are like 20 different releases from each show. It’s a hit or miss…

I bought the Star label’s “Virginia Loves Elvis” bootleg (because I don’t have anything to trade), and I got hugely disappointed. “This digitally remastered set has been re-edited from scratch”. It’s far from being remastered. I don’t know what was actually remastered? Elvis looks pale as a ghost from some angles. Suffers from a low bitrate audio and DVD encoding, has a wrong frame rate (PAL 25fps, and it should be NTSC 29.97fps). It’s also a cropped widescreen…

Sharing the releases on YouTube is not the best platform. Soon as the YouTube encoding kicks in, plenty of details get lost. Of course I wanted to see if I can improve the “Virginia Loves Elvis” bootleg. I did a basic color correction, and some minor sharpening. It’s not going to look or sound so great on YouTube (double encoding & double audio encoding from already low bitrate source)
Upper photo is the original, and the lower one is my “remaster”. It’s still not perfect, but I don’t see a point of spending too much time on editing poorly sourced material. PS. Can someone tell me more about the last shot? Clearly Elvis is giving the finger. But for what and to whom? Because it’s clearly intended.

Pretty soon after I made the previous Elvis restoration I was offered private tapes (that should be kept private), and I was asked for money for those. I don’t understand the bootleg world. Keeping their tapes private, like they are holding a holy grail. Of course I have been contacted by so called uber collectors from collectors of other artists too.

Thanks for reading and enjoying my videos! Keep ’em comments coming.

I do photo restorations at Fiverr. See my Gig Check Out iHerb and Support My Blog: