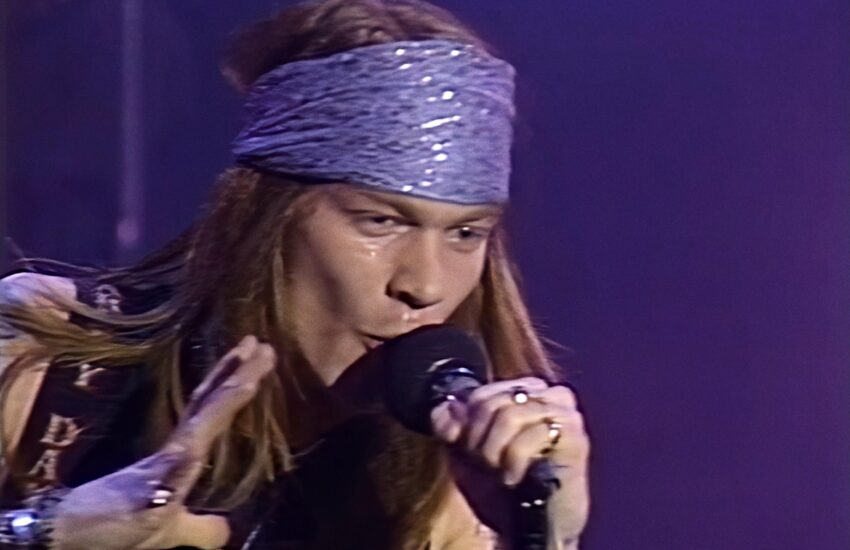 Video removed. Thanks Universal! Copyright strike. No more GNR videos on my channel. Nothing I can do. Maybe one day Universal will allow their artists to make money from YouTube views. Sorry!

Another day, another upscale? Not really. I’ve worked on this gig for a while. Just to discoverer that there was actually a better starting point. So I scrapped the days work and started all over again. This  concert has dozens of different bootleg DVD versions circulating. I have no idea what is the best. That’s why I’m only doing one video from this gig, and if the people are happy:

Full show comes available when my Youtube channel has 10 000 subscribers!

Nitpicking the Out ta Get Me video:

Video source is from the DVD called “Live at The Ritz”.  The main problem with that DVD is that it has a censored audio. It’s annoying. So, I dubbed the video with another source (which fidelity wise had some problems), which I tried to “Remaster” it as best I could.  I hate remasters, they are usually not good for trading pools, but I’m uploading stuff to Youtube, and from what I know nobody rips stuff from YouTube and puts them into trading…Well. That is what I hope for!  Well. The intro of this song explains my attitude towards my channel:

There are plenty of naysayers that say that these AI “4K” upscales are hoax and waste of time, and not a real upgrades. Well, the AI works like magic. OK, not always. In the future AI will revolutionize the bootleg industry (or what is left there), and most likely the music video business in general. After all resolution tends to go higher as the time go by. Only way to keep up the old (low quality source) material to modern resolutions is to upscale. It takes years to worry about 16mm or 35mm film.

I don’t know how to end this blog post. So…