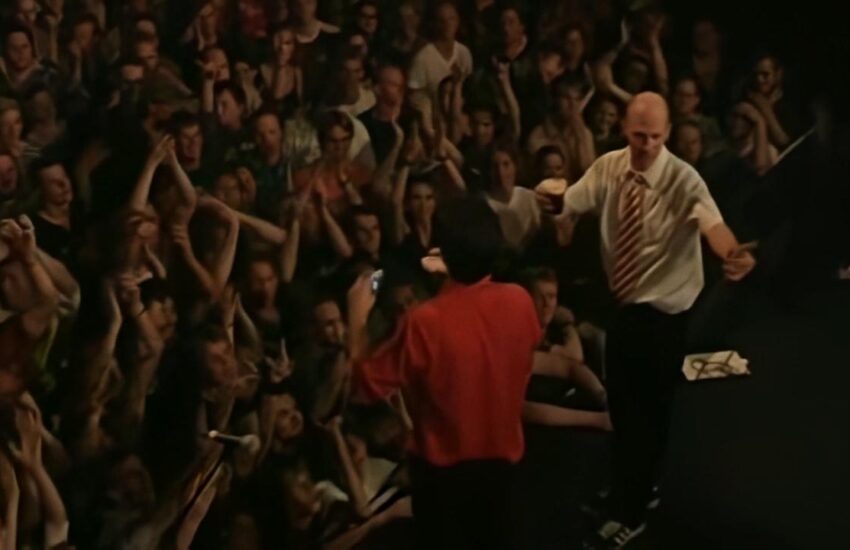 I can’t believe it. It’s been almost 16 years since this show was aired. This is the closest I’ve gotten to see The Presidents of the USA live. This was a webcast on a website called Fabchannel. Hands down the best free concert video site I’ve seen. It was way ahead of its time. The Presidents had one other show in their archives, but somehow I have lost my download of it. Video was processed with Topaz Labs Video Enhance (3 different passes), Neat Video, and with Hitfilm Pro. It took 3 days to remaster this show. If I’d gone with my regular route to 4K. It would have taken weeks. It’s still far from perfect. But the starting point was a low quality webcast (a lower resolution than VHS!).

Audio was restored using Unchirp by Zyanptiq on Cockos Reaper DAW. I used a free trial of Unchirp. I have original licenses to all the software above, but the Unchirp price range is out of my reach. They really should have a cheaper option for home users. Maybe one day I’ll add a donate button, and I’ll be able to purchase this software too. Original audio was 96kbps/s and had plenty of MP3 artifacts. I don’t know what kind of hoodoo the Unchrip possesses, but I made the audio crystal clear. It doesn’t sound like a low quality MP3 anymore.

Go to iHerb.com (I know you want to).