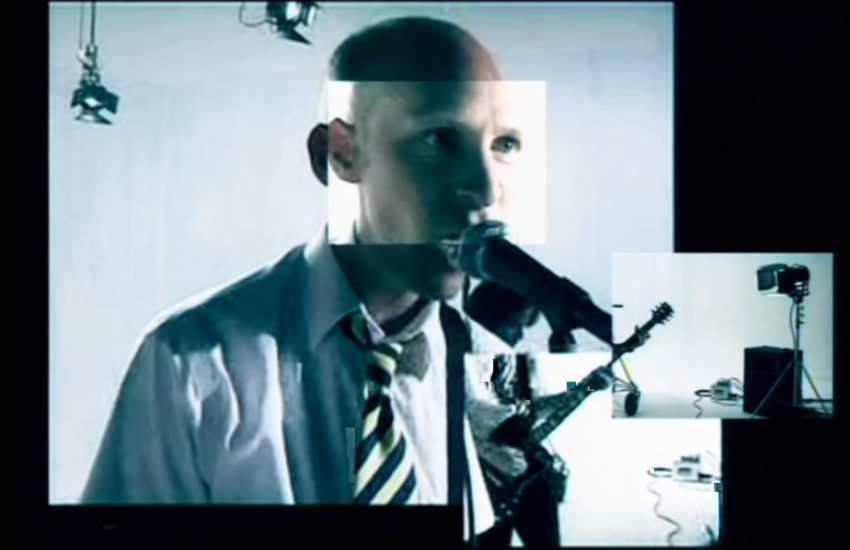 Corona blues has gotten me. I’m bored! So, why not make a new article about my favorite band? 3 Times the Presidents Were Early Adopters…Go! After the Napster fell down. There was a big need for a new online music service. This time for a legal one. Startups looking for big bucks sprung up like mushrooms in late 90’s. In 2000 there was a new entertainment company called MusicBlitz. It had big plans starting from releasing new music online to licensing songs… What does this have to do with the Presidents?

When the Presidents joined their forces with MusicBlitz. The Presidents of the USA was their goose that lays the golden eggs. Well…that was their plan I think… Problem at the beginning was that the band didn’t even have the rights to use their own name. That’s why the name Quitters. (If you watch the music video of Video Killed The Radio Star, you can see the name Quitters on the Jason Finns drum set). When their first Musicblitz release “Jupiter” (Single) came up, the band was still called “The Quitters”. Their first release was a free mp3 on the MusicBlitz website. It was MusicBlitz’s most downloaded song.

Later MusicBlitz decided that they wanted to be a record company too. The Presidents went to record a full album called “Freaked Out and Small”. There were status updates on the site including video samples from studio sessions. And later on the fans were able to buy special tiered releases. I bought the one with a CD+VHS+T-Shirt and it also included my name in the liner notes. There were other packages too. Including posters with autographs, and a gold record…

MusicBlitz went down in 2002. Only major release was with the Presidents, and what I have gathered it was pretty successful at the time. Only problem was that the MusicBlitz had no experience how to run a label. As for licensing music for the Television. Song “Tiny Explosions” was featured in the TV show called “Felicity” (Season 3 Episode 1).

This was pretty much the first time a major band was doing a Kickstarter style of campaign. PUSA later did a campaign with Pledge Music (which also went down), and their latest campaign with Kickstarter. I hope it stays up little longer… I’m not calling them to a first band to release a music video shot entirely with cell phones, but I’m pretty sure that they were the first major band to do so.

Cell phone video was a new technology when the Some Postman music video came up. Song was released on their Love Everybody album in 2004. Music video had to be shot with 1/3 speed (reason why the video looks little animated). Sony Ericsson mobile phones only had 10fps and it took dozens of takes. Final result was a collage of videos from a dozen of phones. Remember that the video resolution was very limited at the time too. Sony Ericsson 750i had a video resolution of 176×144! Also the memory was limited so it wans’t possible to record a full song. Some Postman music video is fun video to watch, as you can also see from the video how it was done.

Video was directed by Grant Marshall. The video was made by an Australian production company for Australian television. Due to the privacy settings on Vimeo, I can’t embed the song, but if you follow this link (it takes you the best quality version of this low resolution video) :)

Also, if you have ever wondered what the shout “1993!” meant. We finally have gotten answer for that. Listen to Dave & Ethan’s 2000″ Weird Al Podcast to find out! This might be a less known fact, but the Presidents of the USA also had a webcast of one their early shows. The New Year’s Eve show at Moe’s Mo’Roc’N Café in 1995 was webcast. It was most likely in a Real Audio format. Real Audio was launched in April, 1995. It was one of the major players in the 90’s Internet, when it comes to audio. When the MP3 came along Real Audio dried up pretty quickly. I never really like the Real Audio, because the tracks were sometimes nearly impossible to download. Plenty of digital goodies from the 90s were lost forever due to that.

Feather pluckn’ and Spooman from this show was released officially on Live At Moe compilation. The Moe show was broadcast live in New York over WNEW-FM (not circulated). Concert was also videotaped (40mins) by an audience member with permission from the PUSA. Video footage still remains uncirculated.

Badlands admin is a huge Bruce Springsteen (obviously) and a music fan from Finland.. Avid coffee drinker. Every blog post requires plenty of coffee. What else…Oh. I wrote a book called “How Bruce Springsteen’s Music Saved My Life: The Story of a Bullied Boy“. It’s available on major eBook stores like Amazon Kindle, Google Play, iTunes…

I’m an avid coffee drinker and a music fan. I talk about music. Mostly about Bruce Springsteen & The Presidents of the USA (You know, the rock band!) but also about other artists.

I don’t believe in politics. I want to talk about politics too , but I’m not a part of any political party. I’m free from religious views too. I believe in the golden rule, and karma, but I don’t think those are copyrighted things by certain religious groups. They match perfectly together. Be good to others, and doing good to leads to more good things… That’s what life should be.

I (want to) believe in common sense, and goodness in people. Since the early 2018, I decided not to hold anything back. I was heavily bullied in high school over 20 years ago. I wrote a book about my painful high school years.

This blog also focuses on issues that needs to be fixed. ASAP!