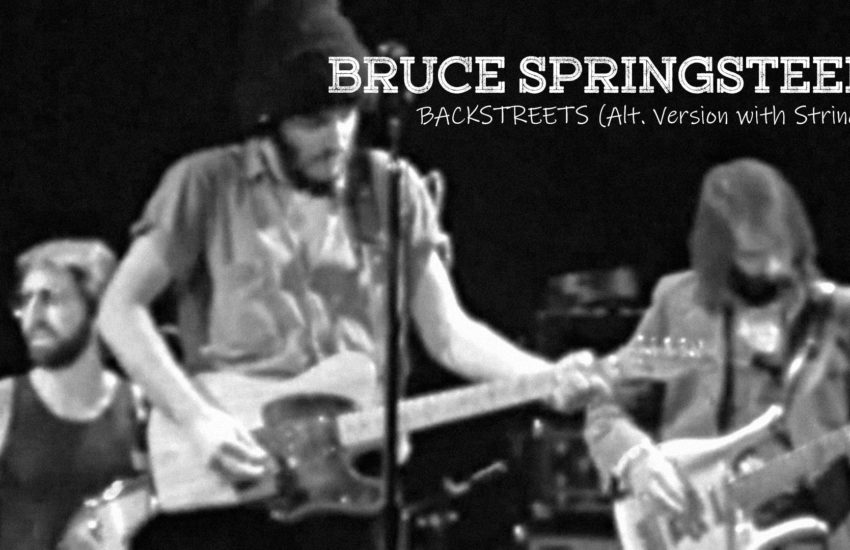 Definitive Version of the Backstreets? You Need to Hear the Version with Strings!

When the Born To Run 30th anniversary edition came out. I was surprised that there weren’t any bonus tracks. Even the Tracks box set only had 2 songs from the Born To Run sessions. There are handful of alternative takes circulating from those sessions, and some songs that haven’t yet seen the light of day.

My absolutely favorite from those alternative takes is the Backstreets with strings. It has much more passionate vocal track (much more live feel), it builds and builds towards the end, and the strings turns the whole song into new level of epicness. It’s easy to see why this version was scrapped, as it doesn’t fit to the rest of the album.

Hopefully we’ll get to hear those alternative takes with pristine sound quality later on via official releases. Now we are trapped with the bootleg versions. This version is available on the bootlegs “Deep Down In The Vaults” and “Lost Gems 1972-1978”.  The pitch is not perfect, but I have listened this dozens of times, and it has just the right feel. :)

Using affiliate links will not cost you any extra time or money. Using link above will help running my blog. Thanks a lot for supporting my site! More info about iHerb coupons.