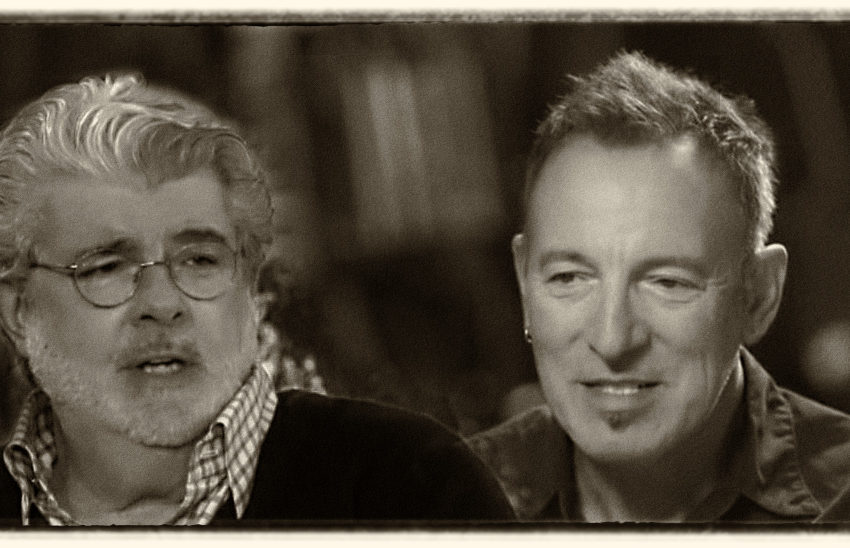 I’m a big fan of demos, unreleased takes, unreleased songs etc. When my favorite artists has a new anniversary/remastered edition coming with bonus track, those are the day one purchases for me. Golden era of CD releases has however passed. Live recordings and new remasters aren’t goldmines to record companies anymore. I’m sure that artists and record companies has kicking their butts from missing the opportunity.

Bruce Springsteen fans are however surely happy about the fact that there is finally official bootlegs series available. Something we’ve (fans) dreamed for years. Nugs has done a wonderful job releasing live recordings. Recording quality is usually pristine. You can count on that there is a new release coming regularly.

Studio recordings on the other hand, are an entirely different thing. For years we have waited for an unreleased studio gems, even unreleased albums. Tracks box-set was a huge release back in 1998. Finally fans could hear a huge amount of unreleased material. It was also strange to notice that new takes would be used, and lots of other tweaking. Songs tweaked to the final form. I’m sure it was a long process. What we would also learn later is that there is still a huge amount of stuff waiting to be released from the vaults. Fans have waited a sequel for the Tracks box-set for 20 years now. Original tracks box-set was rumored to be a 6 disc version. Some tracks got added to the 18 tracks version. Like I said those type of releases were goldmines back in the golden days. I’m sure it gave a nice profit margin.

So far, the only way to hear new unreleased gems is to patiently wait for anniversary editions. Nebraska anniversary edition could feature the holy grail we know as”Electric Nebraska”. It’s still a myth. I don’t believe the existence of this, before I hold it in my hand. Some band members says it doesn’t exists, and Bruce says it exists…What is the truth? We will never know, until the vault doors really open. With Bruce I don’t hold my breath. We all know why this doesn’t happen anytime soon.

Perfectionism Can Lead to Great Things…

…But it can also limit your productivity. So far the releases must have been really time consuming. Bruce Springsteen tweaks, re-record, re-edit, remix, remaster….every fine detail on these unreleased studio tracks. Nothing gets released before he is perfectly satisfied. It’s easy to say the Bruce Springsteen is the George Lucas of music. Those unreleased tracks are his Star Wars. You just can’t let go. Some tracks even has a brand new vocal track (maybe it was an instrumental the first place, or Bruce just wasn’t happy with the take). For me it sounds a bit strange that there would be instrumental only tracks on vault. Why would Bruce not try to do a vocal track and see how it goes. Lyrics are ready. Maybe the sound quality wasn’t good as he hoped for. Maybe there was a messed line, maybe there was just a rehearsal take recorded with one microphone. Maybe, maybe, maybe…

All of this has to take a lot of time away from crafting something entirely new. Broadway thing can leave more room to work something new. It’s something I’m looking forward. Bruce ain’t turning younger. Just focus on new things, and leave the old work to trusted hands.

I do understand the perfectionism, when it comes to the planned album. You don’t want to let down your fans or yourself. Album has to be in top form. When you want your album out. You’ll want greatness from every aspect. Lyrics, music, production, artwork…Everything! With outtakes, one would think that it would be easier to just let go. But no!

For me the most important part of the studio outtakes is not the perfection of the track. It’s the rawness, shaping progress, capturing the magic at that time, passion behind those tracks. Or course those should be remastered and mixed properly (if multi-rack recordings exists) Do I feel the same energy and passions with these newly recorded takes? No. They do sound great, but they are also a bit sterile. You can’t put yourself to the emotion atmosphere that happened decades ago. We all know that there is a huge pile of tracks that was left out from the Darkness Box, and the River box. Maybe those got saved for the Tracks 2 release. Who knows? For Bruce, all the outtakes must tell a story. They’ve must fit to the same mood. Has to get the same sound scene. I get it, but we are living in a music streaming world. How many of you listens albums from a start to finish anymore?

Here are two fine examples that doesn’t fit to any of the anniversary editions, or the Tracks box-set(s):

Sound quality is not top notch (Read more about Chain Lightning), and the one unfinished take (I’m Goin’ Back). Both are one of the best outtakes in my opinion. But they don’t meet the fidelity standards (although those are bootlegged versions, and not the master tapes from the vault), or doesn’t fit to the overall sound scene and theme. Also much more harder than other outtakes. But hell…those are real raw rockers ready to burn houses down. I could use a fidelity upgrade, and also would love that wider audience would hear these gems.

Can We Expect to See These Raw Outtakes Anytime Soon?

There is a glimpse of hope. Best example would be the chapter & verse CD. I’m sure you are asking the question: Why? It has some recordings from the pre-E Street Band era, that are not heavily edited. Actually I can’t tell a difference between those tracks and the bootleg versions that has been circulated for years. I haven’t done A-B comparison, but I don’t find them as an improvement. Of course I hoped those would been noise free perfect remasters. That’s all they need. Nothing added. They should hold a better copies than the bootleggers does. Chapter & Verse didn’t surprise me. Bruce inc has been hunting pre-e street band tapes for years. Well, that’s the rumor I have heard from a trusted source. I’m sure there are more to come from those early years. But like with everything. We have to wait them patiently.

I hope that one day Bruce can give the content of the vault to someone who he trust 110%. No more years of waiting. New mixes and remastering it’s all they need. No more overdubs, new vocal tracks, instruments, just let them be. That’s what Bob Dylan do, and I haven’t seen any bad reviews of the bootleg series. Those recordings are the ones I listen the most. There’s just something magical about those tracks. I doubt Dylan takes a big role on these releases. He has a team that he trust. It has worked well….from what I can tell.

I Can Relate to the Perfectionism Part – Brucetapes  Struggle

I’m not complaining. Sometimes I found myself too arrogant or cocky as “web me”, but that’s not the real me. Expressing things is a bit hard for me. We Finns don’t talk much.

I found a lot of myself from the working method. I’ve been a perfectionist all my life. Sometimes it’s a real struggle. Sometimes I hate it so much. Why I can’t just let go. It’s still the limiting factor of my blog (and life). I’m still learning to get away from perfectionism. It prevents some part of happiness. Just this blog alone. I have edited countless amount of YouTube videos, and later ended up deleting them, because I wasn’t entirely happy with the results. I have dozens of blog posts I haven’t published, because they didn’t meet my standards. It’s always hard for me to promote my blog posts, because I feel they are not good enough. (I’m sure not all of them are). I should leave the criticism to the reader. Yet, I want to edit every part. So, there won’t be anything left to criticize (in my head). Now I’m just rambling…. Anyways

That’s all for now!

Ps. It took me two days to completely re-edit this blog post. Scrapped everything, and start over. Delete button got pressed hundreds, if not thousands of times. That’s me. Never entirely happy with anything.

PPS. This blog doesn’t write itself. I want to continue to expand my blog. Please consider supporting: likes, shares, tweets, all welcome. Thanks!

The Best Way to Support My Efforts ? Check out iHerb.com and support this blog:

Go Shopping via this link or photo, and support Brucetapes – It’s that easy!

Clicking adds the coupon automatically.  Thanks for keeping this Bruce Springsteen blog running. Means a lot to me. ?