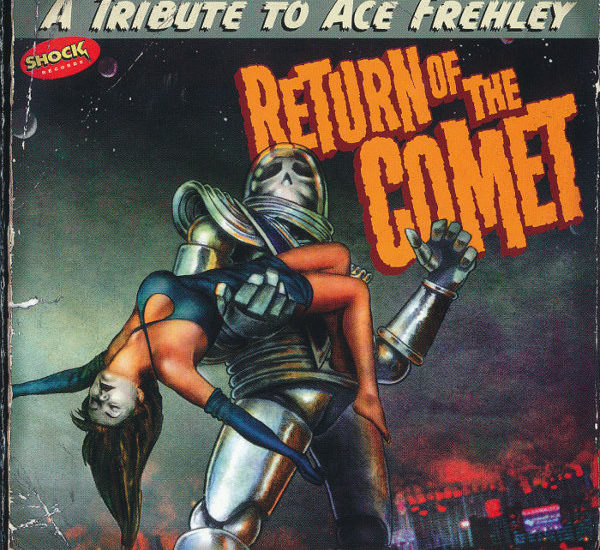 Is This the Best Cover Song The Presidents of the USA Has Ever Done? It took me only 22 years to discover that the Impostors 6 cover of the track New York Groove on Ace Frehley tribute album “Return of the Come” wasn’t originally done by the Kiss member Ace Frehley. It was originally released by a glam rock group called Hello. It was written by Russ Ballard (From the UK rock band called Argent). Song was a hit for both Hello in 1975 and for Ace Frehley in 1978. For the Impostors 6? Not so much. Where the other versions have gained millions of views on YouTube. The Impostors 6 has gained around 1300 views. Yet, this strange, but fascinating cover holds a special place in my heart.

The Impostors 6 was a collaboration featuring all the original Presidents of the USA members, Kim Thayil (Soundgarden), Kurt Bloch (Fastbacks & The Young Fresh Fellows), and the producer Conrad Uno. New York Groove was recorded in legendary Egg Studios in Seattle. Same place where the Presidents of the USA debut album was made. The Presidents also recorded a cover of Shout it Loud for the “Return of the Come” album.

I asked Chris Ballew about how the whole Impostor 6 came together and the answer was:

“I have no idea how we got invited to do that! It was just happening one day…The Imposters 6 was a name that Kurt Bloch from the Fastbacks and I made up…it made us laugh because it was hard to say!”

That’s it! That’s all I know regarding these sessions. I searched the Internet upside down, and who knows how this obscure collection came together. Late 90’s was the golden age of CDs anyway, and new releases came in from doors and windows.

Also the name suffers from Caspar-Casper-syndrome…is it The Imposters or Impostors? Ballew, Bellew, Bellow….