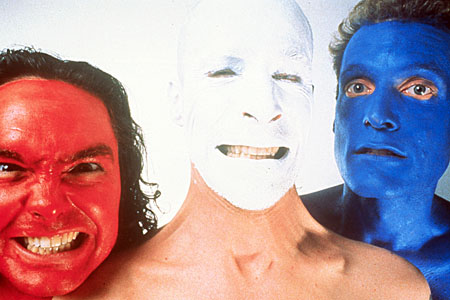 I have to be honest. I was envious for the Swedes for a long time. Sweden always gets to see all the major bands before Finland. With the Presidents of the USA we are still waiting for the gig in Finland to happen. Strange fact is that the Presidents have played every surrounding country: Sweden, Norway and Russia. Of course they have also played in pretty much all the countries nearby.

This concert has been one of my favorites. It starts with really a passionate two cover combo. TV Eye (The Stooges) that they weren’t meant to play (killer guitar tone by Dave Dederer…damn!), and the really hard rocking Kick Out the Jams (MC5). Also has maybe the best version of Boll Weevil…Sound quality is also top notch (Radio source)

The Presidents seems to have a time of their life, and according to Dave it was the their best show:

without hyperbole, i believe this is the best show we ever played…it was cold as hell in stockholm at the end of a long winter and most of the people in the venue (including us) had most of their clothes off by the end of the set…news flash: swedes can drink – Dave Dederer, Facebook 2018

You can also tell that Dave had few drinks prior the show (and maybe during), that’s not a sober man talking at 4:48. ;)

I miss the Presidents.

The Presidents Of The United States Of America
March 29, 1996
Studion, Stockholm, Sweden

This show aired in April 1996 on Swedish national radio P3 in the program called “P3 Live”.

Did you know that using affiliate links will not cost you any extra time or money. Using link above will help running my blog. Thanks a lot for supporting my blog! You can use the link above, if you are a returning customer too. More info about iHerb discount coupon code.