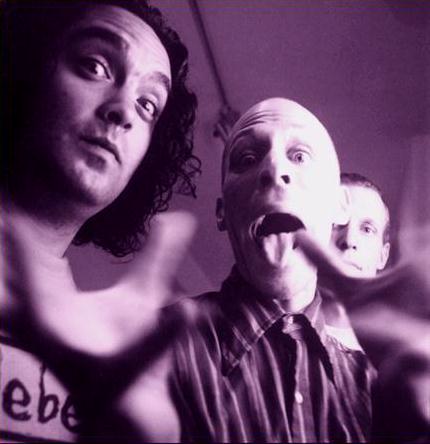 Just yesterday I got asked where I got all this stuff? Well…I’ve been an avid PUSA collector and archivist since the mid 90’s. Paying thousands of dollars for all the items I have, played a big part. I have even bought a ticket to one taper to get a show recorded. (I wish I had gotten that idea sooner) That’s another fun fact, as I have bought a ticket to the Presidents of the USA show, but never seen them live myself! Never really thought of that. Writing helps to get all those pieces together.

In around 2003-2005 when I was really building the pusabase website.. I read all the all Usenet groups that had Presidents of the USA mentioned. I must say that a different band name would have helped a lot..A LOT! I managed to find couple of tapers, and that way few tapes got transferred to a digital format. Of course there was plenty of empty promises too. It’s not always been easy to acquire shows, when living overseas. 3rd Street Mall concert was pretty easy to get however. I got it from Napster! You know that mp3 sharing program that used to exists in 1999-2001. I really miss those days, you never knew what kind of rarity you could land on. Of course those early MP3s didn’t have the highest sound quality.

I have never shared this 3rd Street Mall concert, as in trading community MP3s are a big no-no. I have followed that guideline since the day 0. Now with YouTube I don’t have to worry about that. I highly doubt there are users who download the concerts from YouTube and start trading.

Of course if anyone has this concert on a tape, please let me know! It would be most likely be an upgrade over this.

This is one of those promo gigs from their crazy promo tour.

The Presidents played 50 promo shows in 3 weeks! Including:

“On our first promo tour of the US and Europe we played in a bunch of crazy places. All of those that you have listed plus on the street in Santa Monica, in a video game parlor in Atlanta, in the lobby of 550 Madison Ave. Sony Bldg in NY, in various record “one stops” (big wholesale warehouses for CDs back when people used to buy them), at a sports bar in NY, in lots of record stores in the US and Europe, on the board room table of some radio station somewhere in the US (yes, we actually set up our amps and tiny promo gig drum kit on top of a board room table when we met with one of the few stations not playing “Lump” in late summer 1995…and the program director and DJs came in to meet us and we stood up on the table and played a few songs)…probably some other crazy places I can’t think of right now…this was all in August (US) and September (Europe) of 1995.

On a riverboat in Sacramento! In 100 degree weather.

On a phony mississippi-river style “side-wheeler” on the Seine in Paris…not just tied up, but floating around the Seine with a boatload of journalists!

On a tour boat touring the canals of Amsterdam, again with a bunch of journalists…the boat motored around and we played a short set!

Later, when II came out, we did a few other funny ones, including a huge promo gig at Bercy complex in Paris where we were set up on a stage in an ice rink and contest winners had to wear skates and skate around while we played!”

Did you know that using affiliate links will not cost you any extra time or money. Using link above will help running my blog. Thanks a lot for supporting my blog! You can use the link above, if you are a returning customer too. More info about iHerb coupons.