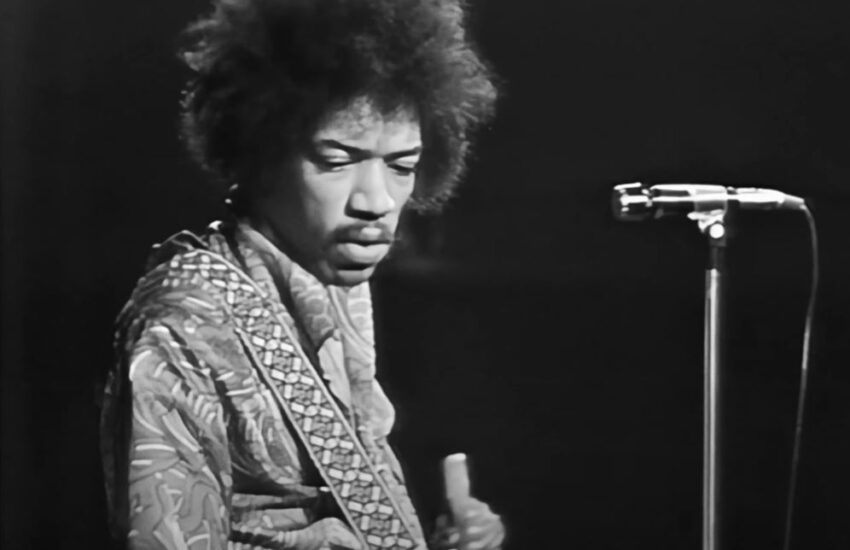 It’s time for the first full concert upscale. Why not start with one of the best? Jimi Hendrix! Black and White footage from Stockholm, Sweden. Impressive video from 1969 to begin with. It’s 1st gen SVHS and after the 4K AI conversion it’s almost as good as new. Read more about the VHS tape (rollingstone.com). YouTube encoding does eat fine details, but overall. I’m really happy how this turned out. I could have cranked out the details even more, but it makes the footage look cartoonish. I prefer the original film look.

It’s a strange experience to watch this. Band does a quick “soundcheck/tuning” (you don’t see that nowadays with bigger acts) audience is quiet during the show, and everyone is seated. Even the first row! Also I love the lack of camera angles. Really. All you need is a few camera angles and that’s all. You can really focus on music. Modern concert videos have dozens of cameras, and the angle changes every two seconds.

It’s not their best performance, but I don’t think it’s as bad as people say. Tuning problems, lack of enthusiasm…Sure they haven’t played for 6 weeks. It was snowy and cold in Sweden (yes, I did check the weather report from that day), and the concert started late. We don’t know all the details.

If the concert has ads. Don’t blame me. I can’t control the ads. I don’t get a dime out of them!

What is Pure Frosting HD Archives?

I was tired of seeing low quality videos converted with a potato. My ultimate goal is to make my channel a Netflix of concert videos. And maybe one day to work with bands to get their archives open for the fans. There are plenty of rarities hidden in vaults. YouTube offers a great platform. Copyright owners get their money. This Jimi Hendrix show got a copyright claim right away.

Help my channel to grow and subscribe! My videos don’t even show up early on YouTube seach, because I don’t have followers and enough views!

Topal Video Enhance AI works great when there isn’t much noise to begin with. Of course I tried all the deinterlacing methods that VEAI offers first, but once again it was time to fire up the method that is usually the best; QTGMC deinterlacing. I could have used the double framerate the QTGMC offers, but my new PC is still too slow for that. 4K render with VEAI would have taken two days, instead of one day. I don’t know how much that would have improved the end result. Of course AI upscaling is just a part of the story. Some other edits with Hitfilm Pro.

When it comes to audio. Minor tweaks with the audio levels. Also removed the 50hz hum that goes between the songs. Plenty of bass on this one. I tried to do something with it, but if you remove it. You’ll lose the soul.

My current PC is AMD 3600X, 32GB DDR4, Nvidia GeForce 1660 Super (6GB), Samsung 980 Pro SSD.
Yes, I did order the 5900X processor a few months ago, still waiting for it to arrive. All this AI stuff is more graphic card hungry. What happened to my RTX 3080 graphic card? Prices went too high here in Finland. Nearly 50% increase since the launch! It would speed up my releases a lot…but you can’t always win. After all I did build this PC entirely for the Pure Frosting HD Channel. :)