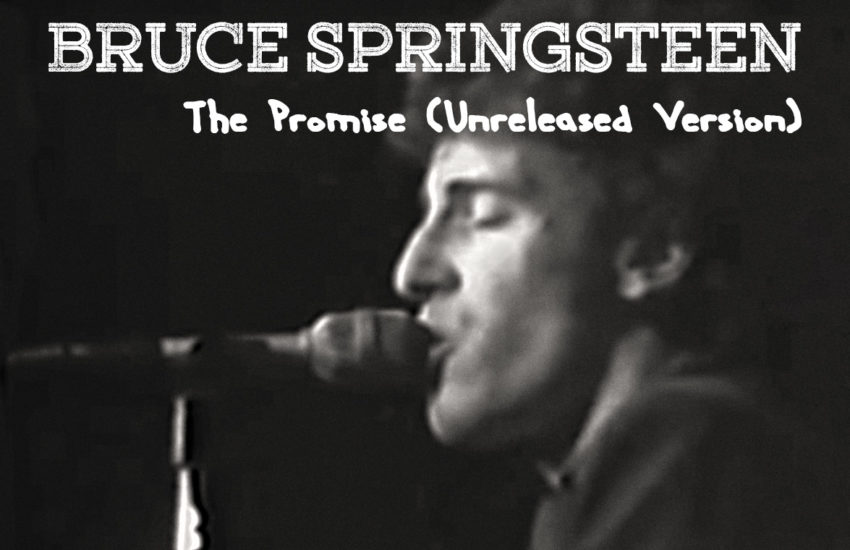 The Definitive Version of the Promise Still Remains Unreleased

What is the best version of the Bruce Springsteen song “The Promise”?

Fantastic Brucebase website refers this as a “V3”, and in my mind it’s the definitive version of the Promise. It is unbelievable how this versions remains unreleased after all these years. Maybe Bruce is saving this for the Tracks 2 Box.

V3 is probably from The Record Plant in the September-October 1977 period (perhaps the September 28, 1977 performance recorded in the studio logs) and is the completed recording that Bruce rejected for Tracks. He instead opted to record a new version (issued on 18 Tracks) that pales in comparison to the stunning V3

Where does this version come from? It was “released” on the bootlegs like Deep Down in the Vaults and Lost Gems 1972-1978.

This song has it all. Great songwriting. You can touch the despair. It surely is not the happiest song there is. I’ve been swimming in the ocean of negative feelings most of my life, and Bruce Springsteen songs always give a hope for the better future. The Promise has this special mood and lyrics that everyone can relate to. Bruce Springsteen wrote a song for everyone. Just keep on digging. If you haven’t found one.

For me this is the best song Bruce Springsteen has ever released. There’s no doubt about it.

Remember to check out my other video:

Using affiliate links will not cost you any extra time or money. Using link above will help running my blog. Thanks a lot for supporting my site! Click here for more info about iherb.com vouchers.