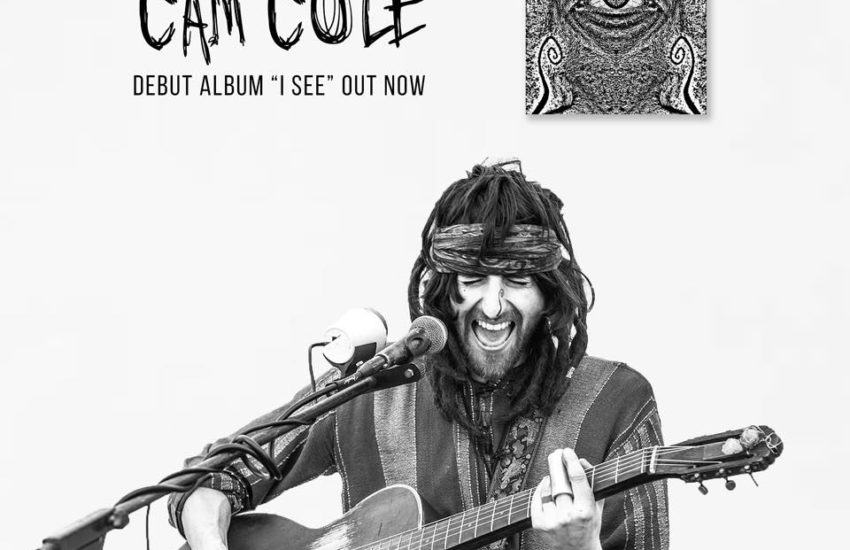 I live in Finland, and yet I’ve seen Cam Cole perform on the streets of London for dozens of times. YouTube really brings the world together. Thanks to YouTube’s algorithm suggesting “videos recommend for you”. Clearly the Youtube has taken into account all the artists I’ve have previously listened. Left Lane Cruiser, Moreland & Arbuckle, L.R. Phoenix, Brother Deke, Bjorn Berge…just to name a few similar artists.

This is what the YouTube suggested me to watch:
“BEST STREET PERFORMANCE IN LONDON ROCK AND ROLL HOW TO PLAY THE ELECTRIC GUITAR LIKE A ROCK STAR”

I was so close to skip this click-bait video, and ready to ignore his music. Now I’m glad I didn’t. For the last few months I’ve been listening to this dude’s music via YouTube. If you read the comments on his videos, it’s been a constant ask when he gets his music available officially. Good news! Finally the wait is over, and the new album is out! It’s called “I See”.

Cam Cole is a perfect example of what it really takes to be a modern day Musician (with a capital M), as he has 99% more credibility than other artists today. Giving all-in to his music career. To be on your own in today’s music business, it’s all about sacrifice. Cam Cole has been busking for years. Only way to do so is by living in a van off grid, a dream to anyone suffering from a climate change anxiety. I bet it isn’t always that easy. This is not a typical story in modern days. When I read the Bruce Springsteen’s autobiography about the Boss living in a surfboard factory and all such, I thought that these type of old school rock stories had died from extinction already. Cam has proven me wrong. There are still real struggling rock stars, who are 110% focused on their music, waiting for their turn in the spotlight.

All the major blues pages has totally ignored his raw talent. With millions of views online and hundreds of thousands of followers on social media, would make one think that there would be already be dozens of reviews online? Nope. I had to revoke my blog just to write him a review (unasked) about the new album “I See”.

You can only release your debut album once. Well, technically this is his second album (Album contribute was released in 2014). But his gaining reputation and change in his music has given him a second chance.

Album starts like one man’s Black Keys (if they’d still would play the blues). First 5 songs are straight raw delta blues, then it’s get on more mellow acoustic vibe. I dig mellower tracks too, but those should have been scattered here and there. Now it feels like ages to get back to those raw bluesy tracks. Not to mention “Tattoo Rings” and “Myself” starts exactly the same. Just try it yourself. There were two singles with bonus tracks released before the album, and I would have added at least “Anticipating” between the mellow tracks to keep the pace going, and listeners on their toes. You can hear all his influences; White Stripes, Rage Against the Machine and so on. All the songs are his own material, rather than relying on delta blues classics. No shortcuts here people!

Production could use a more professional touch, but it’s still remarkable what Cam Cole and his manager Markus has done. Pretty much a two man business. That’s the only way to keep this boat floating, if you wish to keep it for real.

How does it feel to be completely unknown with all this online fame? That’s the question I’d ask from Cam Cole.

Thanks a lot for supporting my blog! You can use the link above, if you are a returning customer too. More info about iHerb coupons. Share the rewards code to your friends too! All the funds will be used to buy a solar panel system to our roof.